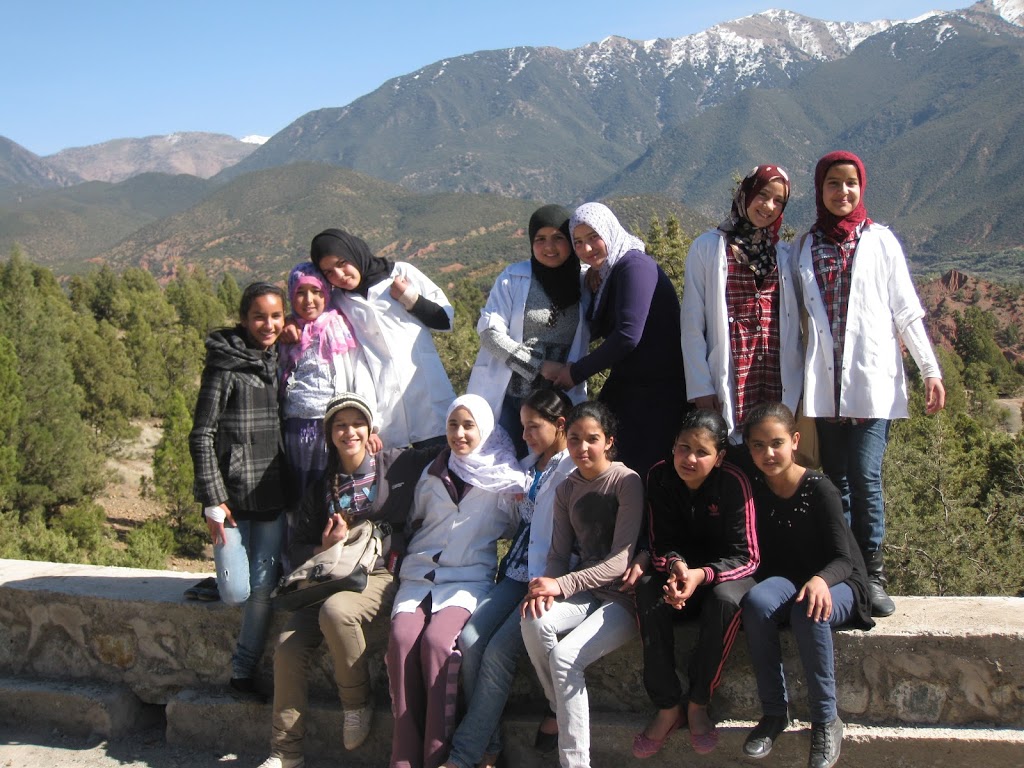 Hello, bonjour, and salaamualaikum, everyone!  I’m Gretchen and I’ve been volunteering with Education For All in their third house, Dar Ouirgane, since the middle of February.  After graduating university last May, I was looking to go abroad for a longer period of time and to use skills I had gained in school (particularly with languages) to volunteer with education.  Remembering EFA from a research project I’d done a few years back, I thought it sounded like a perfect fit—a wonderful way to serve while also living in and learning about a culture that had fascinated me for quite a while.

Well then, after a long flight from the United States and a week getting myself oriented in Dar Asni, I finally made it to Dar Ouirgane!  In these first couple of weeks, I was so struck by the landscape (breathtaking), the weather (so much sun, but still so cold!), and, of course, the twenty-three girls I would spend the next four months with.  They, along with Mina, the house-mother, and Samira, the cook, were all so welcoming and outgoing, and the girls are most of the time quite enthusiastic to work on their French.  While it was certainly a challenge initially to work with so many schedules and to work around the near-constant changes in those schedules, I finally devised a plan for working with the girls in groups and sometimes individually.  We work primarily on French and sometimes math if an exam is coming up but, if we can, we also try to make time for English and computer lessons.
Of course, any house would be a little dull if it were all work and no play and we certainly make sure to schedule a little time in for fun!  Whether it’s going for walks to the nearby reservoir, practicing the cha-cha and waltz in dance lessons, or attempting to try sushi with chopsticks, we try to mix it up with different activities to ease the pressure of classes, especially if they become stressful.

We’ve also been fortunate enough to take part in a few events with other EFA houses.  In early April, a few of our girls as well as a few girls from Dar Tinmel and Dar Asni met up in Marrakech along with members of the committee to participate in a bike event in Marrakech.  Several streets were blocked off for a 10 km course allowing us to cycle around the city.  While there were a few unsteady moments for everyone on their bikes, it was such a treat to see Marrakech in this unique way with the girls.
At the end of the month, then, we all got together and celebrated the annual Open Day.  This began, of course, with visits and a generous spread of snacks at Dar Asni, which then lead to a delicious lunch together at the Kasbah du Toubkal.  It was really wonderful to spend the day like this with some of our girls and to meet some of EFA’s supporters, including a few former volunteers.  On top of that, we were lucky, too, to have a day of really beautiful weather!

Though I’ve only been here a few months, I’ve been so impressed by the hard work the girls are putting into their studies.  Even in just this short time, too, I feel like I’ve seen their confidence with French really grow, especially speaking it.  There are still, of course, occasional nouns or adjectives that don’t agree or a misused verb here or there, but they’re working hard and I believe that will come in time.  When I think about how they are just in collège and already working on their third language and even enthusiastic to learn English, which will be their fourth language, it really amazes me (especially when I consider that they’ll be learning their fourth language at the same time I began studying only my second!).

Well, as they say, time flies when you’re having fun and sometimes I can’t believe we’re already in the middle of May, nearing the end of the school year!  Everything is full-steam ahead and we’re all certainly very busy as the girls get ready to take their final exams.  This has put a bit of a halt in some of my own lessons with the girls as we focus on material specifically for the exams, but here in the house we’re working hard to help the girls end the year on a successful note!  Until then, I guess it’s back to work for me—thanks for stopping by and checking out EFA’s volunteers’ blog! 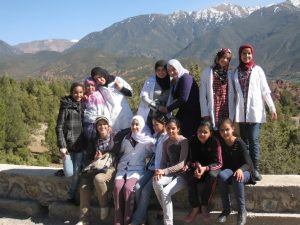 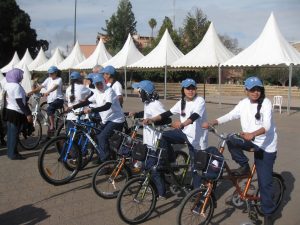