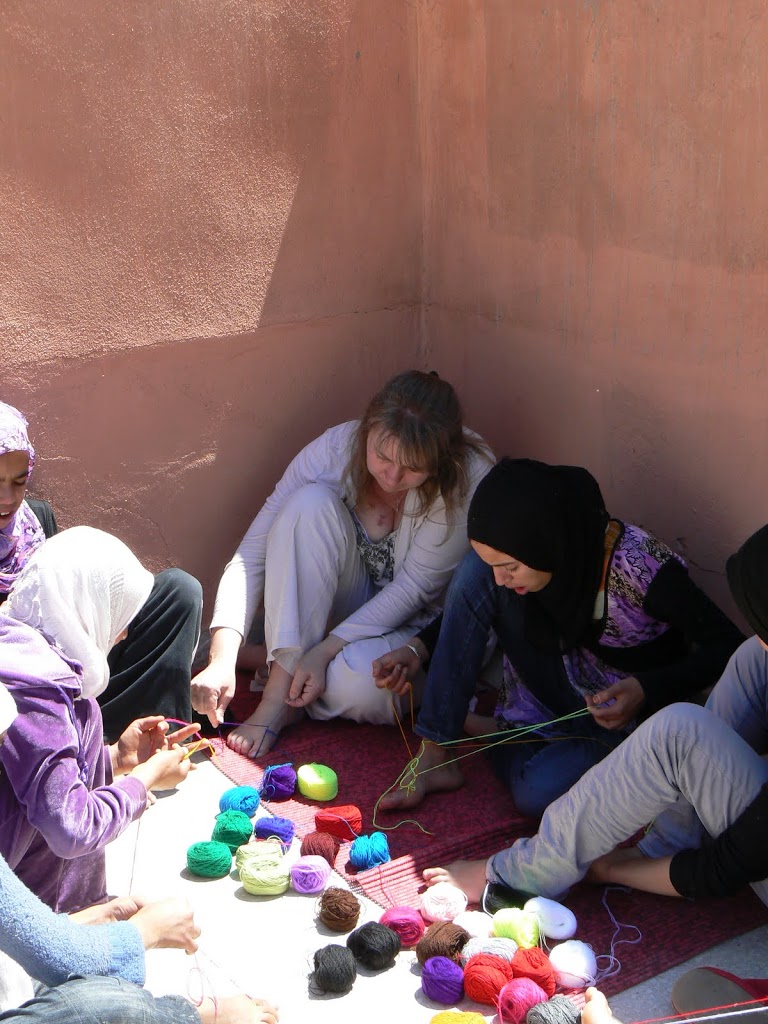 Hi my name is Emma and I arrived at the same time as Jenny so I thought she could do the first blog as we are both at Dar Asni together. I am also from England but I did not know jenny before we arrived. As I have been here for two months now I have got used to lots of the differences and I find it easy to with my hands apart from cous cous which still goes everywhere.

The thing I still find most difficult is gym. The girls at Dar Asni along with House mother Latifa, Jenny and I go to the gym twice a week. the gym club is run by a kind Moroccan man called Idris, who works at Tamadot, Richard Branson’s place. As well as doing so very vigorous aerobics we also learn self defence moves. These can some times be very tricky and it causes many giggles when I get in a muddle with them and fall flat on my face.

Last week my mother came for a visit. She stayed with me here in Dar Asni for a few days. She helped me teach some of the older girls how to give someone directions in English and played lots of games of pairs, which is the game of the moment, with the younger ones. Also during the week I went with my mum up to Dar Tinmel to visit the girls and Angela up there. Whist we where there we taught the girls to make friendship bracelets with some wool my mum had brought with her. The girls really enjoyed this and made some lovely brightly coloured creations. 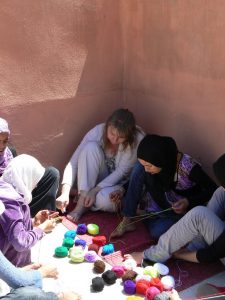 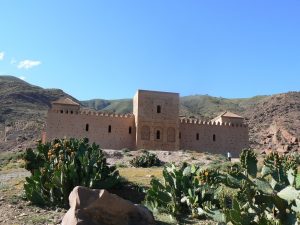 Later on some of the girls really wanted to show us the Tinmal Mosque but it was too hot to walk there so we all pilled in to the back of a van full of moroccan men on their way home after a day souk. My mum was shocked at how many people we managed to fit in, a mere 28. When we arrived at the turning to Tinmal we all hoped out and started the steep wending walk up to the top of the hill. It was a beautiful day, the sun was shining, there was a light breeze and the air was full of the sounds and senses of spring. Then as we turned the last corner the mosque came in to full view. It was stunning, the sun on the walls and the snow capped mountain in the back ground. The girls proudly showed us around spectacular monument and then all of a sudden it was time to go as it was getting dark. We then spent a wonderful night playing games on the roof terrace with the girls until it got so dark we could no longer see. In morning it was time for my mum and I to head back to Dar Asni but we had had a great time with the girls at Tinmal who are so lively and happy. The girls can always be found on the roof terrace playing a complex game of stones, which I have yet to master.

In what seemed like no time at all it was time for my mum to leave. But as we said good bye to one visitor we said hello to another, Binkou the tortoise. He was given to the girls by the boys at the government boarding house, who found him outside. Mother Latifa decided to paint him bright colours so that he would be easier to find. All the girls have been really excited about having a pet especially one so good at hind and seek.

The girls are very busy at the moment with exams and spend much of their time revising. This has given Jenny and I the chance to get outside and do some gardening. Not only have we been doing our own garden but we also went up to Dar Ouirgane. They had had lots of plants donated on the open day by Andy which needed planting. So with the help of Kitty, Angela, Mina and some of the girls there we made the garden look beautiful. Mina is now very proud of her garden and I hope Andy will be happy with what we have done when he next visits.

I am really enjoying my time here and I can’t wait for next few weeks, we have some exciting things planed but I will tell you all about then later.