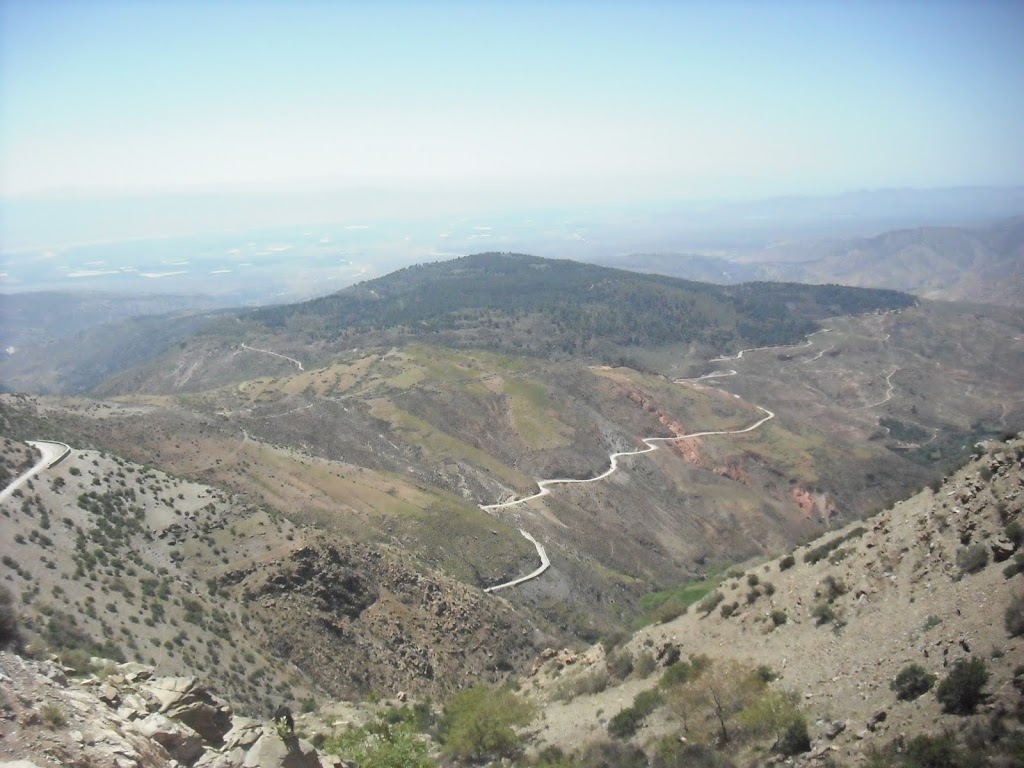 This week end in Talat n Yacoub we enjoyed the company of our 3 other EFA volunteers, Kitty, Jenny and Emma! On Saturday the girls enjoyed computer lessons, crafts, and games; then on Sunday we took the girls out. While originally our plan was to visit the Tinmel Mosque, Khadija had the idea of making a big outing to the nearby mountain, Tizi n Test, a popular tourist destination in the Atlas mountains known for its stunning scenery. We headed out at 11am in the yellow Transport Scholaire minibus with picnic gear in tow. It is a long, twisty road to the top, and we had quite a few carsick girls (including me!), so we made lots of stops for fresh air and to enjoy the view. 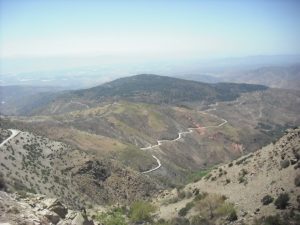 The singing was quieter on the extra twisty parts, but we had Berber songs the whole way through, courtesy of the girls. Finally we arrived to our picnic site, which was a beautiful clearing beside a waterfall. We all enjoyed our Moroccan sandwiches , oranges, and sweets (with Jenny on garbage patrol), and then exploring the beautiful mountainside or lounging in the sun playing games. After a couple of hours here, we continued upwards to the forest, where the girls had a long walk and enjoyed seeing some animals- we stopped along the way to try to spot a gazelle, but unfortunately no luck. They were very tired when we arrived back at the bus- but not too tired to sing again the whole way back! Before returning home, we stopped at the historic Tinmel Mosque- while we were too late for regular visiting hours, we were lucky to find the man who keeps the key! He let us in for a look, and it was amazing to watch the stars come out and feel the peace inside this beautiful monument. 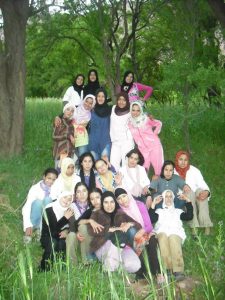 It is really nice for the girls to have an outing like this, as they would not often have such a chance with their families or be able to afford it (EFA covered cost of transportation to make it possible). 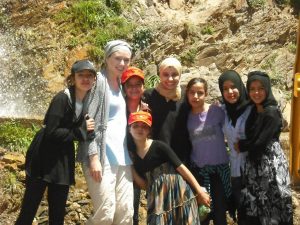 For me, it was so nice to explore the area with the girls and also to see some of their villages as we passed them on the drive. We were all reminded of just how important the house is especially for our Talat girls; we were really taken by the remoteness of their family homes.

The girls were grateful for such a fun weekend and are really looking forward to the weekend after next where they will see their friends from Ouirgane and Asni for Open Day!
Angela Cooper